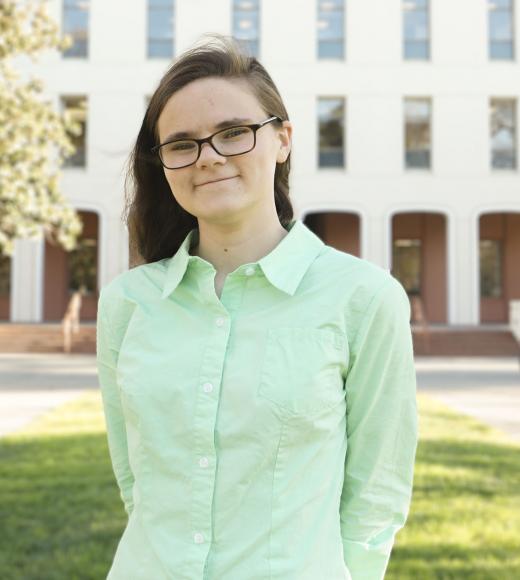 How did you learn about AIChE and why did you join?

I first learned about AIChE from my brother who had attended UC Davis for Genetics. He told me that if I was interested in Chemical Engineering, I should definitely get involved with the school's chapter.
Since I started out as a General Chemistry major but was beginning to seriously think about switching, I decided to join AIChE to learn more and get involved with my future classmates.

How has AIChE helped you grow professionally and/or personally?

AIChE was my first opportunity at UC Davis to gain leadership experience. I've been able to help plan and host several professional and social events and facilitate communication between our amazing officers. However, the most valuable part of my membership has been the people I've grown to love like family. When you struggle through planning events and studying for exams with the same people, you're going to build bonds that last a lifetime!

What's one interesting fact about you?

I rode a kick scooter two miles to my internship every day last summer. And let me tell you, the LA heat was not kind.

If you could watch one show the rest of your life, what would it be?

Probably Lucifer; I binged the entirety of last season the day it premiered instead of studying for exams.